A Concerta high is comparable to that brought by popular street drugs such as cocaine and methamphetamine since they contain similar chemical makeup. The concerning thing about this drug is that it is known to be habit-forming yet it can be prescribed to children as young as 6 years of age (at least).

The Drug Enforcement Administration (DEA) has reported that 30 to 50 percent of youths in rehabilitation centers were engaged in illegal abuse of this substance. On top of that, a survey in 2016 shows that individuals from 18 to 28 years old gained access to the drug through their friends. 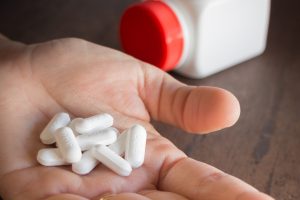 It is a brand name of a stimulant called methylphenidate, a substance that acts on the brain to regulate hyperactivity and impulse, and also works to improve attention span. It is an extended-release medication used to treat Attention Deficit Hyperactivity Disorder (ADHD) as well as a sleeping disorder called narcolepsy among individuals from 6 to 65 years old.

The substance has proven itself effective in treating ADHD as shown in clinical trials. However, the federal government classified it as a Substance II drug because of its addictive factor. Instead of taking it by mouth, which allows the substance to gradually penetrate the body, some people crush and snort the pill to immediately enjoy its high effect.

How Concerta Works in the Body

Our brain naturally produces neurotransmitters known as norepinephrine and dopamine. Norepinephrine functions to keep a person’s sleep-wake cycle balanced, increase attention and focus on a task, as well as sharpen memories. Dopamine, on the other hand, helps control movement and feelings of pleasure.

The drug works by increasing the level of these neurotransmitters and as a result, makes the person more attentive, less impulsive, and exhibits a more controlled movement. However, as soon as the substance is misused – snorted, injected, or taken in high doses – the extreme production of dopamine will cause euphoria or a high.

This is what entices individuals, especially the young ones, to abuse the drug. The pleasurable high it brings is difficult to get away with. The effect is similar to the high brought by cocaine and methamphetamine. College students tend to also resort to the drug to keep themselves awake and alert.

When the drug is used as prescribed, it works effectively by keeping patients calm and focused. However, substance abuse by individuals with no ADHD will cause hyperactivity and overstimulation. Other side effects are also likely to occur depending on how much and how long the person has been abusing the drug.

In addition, it generates physical dependence which strengthens cravings for the substance. This is also the reason why withdrawal symptoms occur once there is a sudden cessation of drug intake. Apart from these, the tendency of substance overdose is also likely to occur and this could be a very dangerous state.

Addiction to the substance is very common among young individuals, specifically those who are in college. Aside from the pleasurable sense of euphoria the substance brings to the user, it also helps them improve their focus and attention to their studies which they believe to be helpful. Meeting deadlines is more bearable with the use of this drug in their system.

Another reason is that the substance also works as an appetite suppressant. Anyone worried about their weight resorts to using the drug to lose weight. However, despite the advantages they enjoy with substance use, the risk of experiencing side effects is inevitable. A condition known as the Concerta Crash can happen to anyone taking the drug. 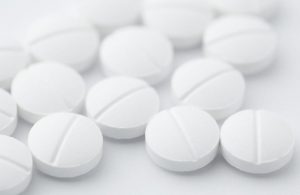 This happens when the substance leaves the body. Ideally, the drug can last for up to 12 hours depending on the body’s metabolism, the ability to hold substances. Sometimes, it can wear off for up to 12 hours only. When this happens, the user may experience stronger symptoms of what the medication is prescribed for or suffer from a mood disorder.

Individuals under this medication need to understand that feelings of weariness, fatigue, irritability, anxiety, and even difficulty to focus are part of the process. When this is experienced by children, the loving support of the family and friends plays an important role for the load to be much bearable.

When someone experiences this condition, it is a strong indicator that the dosage is not working for the person. This could be caused by a tolerance of the body towards the dose – most likely brought by substance abuse – or the biological makeup of the body itself. Some options can serve as a remedy for this condition.

The doctor may add a booster medication, a small dose of methylphenidate, or shift the formulation of the drug like a short-acting version that can last up to 4 hours instead of 12 hours. Lowering the dose is another option since too much dosage causes a strain on the brain or prescribing a different type of stimulant such as dextroamphetamine will also do.

When To Call For Help

Substance abuse could pose life-threatening symptoms that need immediate medical attention. Seek medical help immediately when any of the following occurs to anyone using the substance:

Common behaviors that signal that a person is experiencing substance abuse could be spotted in two ways:

●    Increased craving for the drug

The person becomes restless most of the time. The urge to take the drug usually happens, and the person seeks a higher dose. The person is also willing to risk anything just to obtain the substance.

The person focuses too much on the use of the substance and results in neglecting duties at school, at work, or home. Relationships with others are also affected, and the person’s drive for life noticeably changes.

If you know anyone struggling with substance addiction, help them get professional treatment now!