If you know someone who is suffering from an addiction, it’s often hard to strike a conversation with them about their struggles. When you do, the addict often dismisses the issue or would avoid talking to you. The addict might not even be aware of his own problems.

An effective strategy is called an intervention, which is basically a planned, structured conversation about addiction. A certified intervention specialist will train you to perform it properly.

To stage a successful intervention, you must keep these guidelines in mind.

The first step is to talk to a professional intervention specialist. They are trained to facilitate interventions, and they will teach you how to do it properly. Without him, it will be very hard to stage the intervention the right way.

Dealing with the addict by yourself is not recommended. In fact, doing so often fails. Instead of opening up, the addict could end up shutting down, shying away from you, or worse, becoming violent.

One thing’s for sure, though. Do not ever put people like these on the team:

Come up with a plan 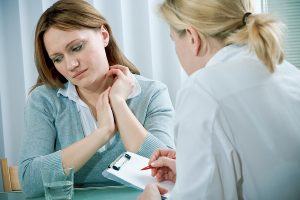 During the planning stage, work with the intervention specialist. That way, you can have the best plans for the upcoming intervention. Let him facilitate the session and make the first move to make the addict open up. After this, it will be your turn.

The intervention is a structured conversation, so you need to prepare what to say ahead of time. Pick the right questions to ask, and anticipate possible responses from the addict as well. This way, you would always know what to say next.

Focus on reassuring the addict that you truly care and you just want to help him. Avoid judgmental, accusatory, or abrasive language. Don’t try to lecture the addict either. Instead, ask more open-ended questions that encourage him to open up.

Once they open up and recognize that they need help, you also have to make sure they get treatment right away. Don’t give them a lot of time to “think about it,” as that would give them opportunities to get away and continue their addiction.

And if they do enroll in a treatment plan, you also have to ensure that they follow through. One thing you can do is define consequences in case they don’t comply with the treatments.

Rehearse the intervention before the real thing

Once you have a plan in place, the next step is to practice. Each member of the intervention team should know what to say and when to say it. It’s important not to talk over each other, or else the addict may think you’re just there to argue.

When rehearsing, it’s a good idea to have notes or scripts. This way, each one would know exactly what to say. Also, if anything sounds a bit off, you can make changes before the actual intervention happens.

The tone of voice of each member of the team is crucial too. As much as possible, you want everyone to remain calm all throughout. When someone starts raising his voice, the conversation will become emotionally charged. This is not helpful, and it should not happen at any time in the intervention.

One more thing: make sure to involve your intervention specialist in every rehearsal. They will give you helpful feedback so you can improve the intervention further. Also, he will give you the green light for the actual session.

Stick to what you practiced

The goal is to stage the intervention exactly as you have rehearsed it. There may be a few differences, but these should be small. The overall progression of the actual intervention should be almost the same as what you rehearsed.

Thus, everyone in the team must follow what you planned to do. As much as possible, there shouldn’t be any improvisation. Otherwise, the conversation can go off-topic – something you don’t want to happen.

Pick an appropriate place and time to stage the intervention 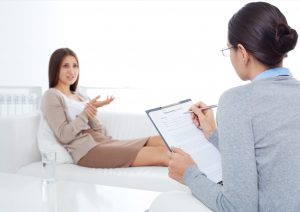 The intervention should be held in a location that the addict finds safe and familiar. That way, they’ll be comfortable while talking to you and your team.

Also, schedule the intervention at a time when the addict is sober. This way, he’ll be in the right mental state to have a civil conversation.

Block out between 30 to 90 minutes for the intervention. The actual session may last shorter or longer, though, depending on how the addict responds.

Make sure the addict does not know about the intervention

If the addict thinks that you’re just there to talk, he’ll be more open to sharing what’s in his mind. But if he gets a hint that the intervention is staged, he may behave differently. At worst, he may not want to talk at all.

Aside from keeping it a secret, don’t give out any clues that you’re staging an intervention. That means on the actual day, no one should be reading from a script.

Prepare for the unexpected

The addict may not always behave as you expect him to. He could suddenly get triggered, break down, or become violent. That’s why the intervention specialist’s role is critical. He must be there with you to help you handle these situations. Also, if you know the addict well enough, prepare ways to calm him down.

In the unlikely event that the addict threatens anyone’s life, be ready to call the police without hesitation.